Traditional tattoo is one of the popular tattoo style which is also called old school tattoo. Traditional tattoo was pioneered by Norman Collins popularly known as Sailor Jerry, who was heavily influenced by the Japanese culture. Combining the sensibilities of Asian tattoos and his American techniques, he was able to create an iconic tattoo style. He started tattooing in Hawaii during WWII tattooing the skin of American soldiers and sailors who joined the war.

Traditional tattoos are characterized by bold lines and vivid colors. The subject of which are mainly swallow, ships, roses, skulls, eagles, snakes to name a few. These traditional tattoo designs combined with bold lines, vivid colors and heavy shading represent boldness and fearlessness.

Rose has been a popular subject in many tattoo designs. This is a popular subject for the sailors to honor their loved ones, especially their partners who they left for the seas. The rose itself symbolizes beauty and love whilst the thorns symbolize the hardship that they overcome. The vivid red color of the rose with bold black lines make this flower a favorite traditional tattoo design. The rose is often combined with different subjects like skull, gun and a woman.

Although rose is the favorite subject of traditional tattoo artists when it comes to flowers, many others are exploring different designs. Flower tattoos symbolize femininity and beauty. This tattoo is mostly seen on females but nowadays, men are choosing this design to symbolize significant women of their lives. One popular subject is the lotus flower, which is a symbol of enlightenment and freedom of the soul. Some opt for cherry blossoms for Japanese and Korean-inspired traditional tattoos. The vivid colors of these flowers are a perfect choice for this American tattoo.

American eagle is the ultimate symbol of freedom, honor and power. What can be more masculine than a traditional tattoo of an eagle on your sleeve or on your back? A traditional eagle tattoo when paired with the American flag symbolizes patriotism and support to the country’s ideology. An American eagle with its wings spread is often tattooed at the back or on the chest. This bird in flight symbolizes freedom. An eagle with a snake tattoo often seen on the sleeves and forearm symbolizes the triumph of good versus evil.

Skull has both a dark and spiritual meaning associated with it. A skull tattoo with its dark hollow eye socket symbolizes mortality and death. It is a reminder of the vulnerability of human life. A skull in a traditional tattoo for soldiers symbolizes the lives that are lost in the war. It is often combined with a rose tattoo, an American flag and an anchor to honor the lives of their fallen brothers. The heavy lines of a skull combined with the colorful background of an American flag or a rose is a perfect definition of the traditional tattoo.

There are many different subjects that can be seen on vintage American tattoos. They can depict life on the seas, pin-up girls, patriotism and animals like tiger, snake and swallow. All of which represent the rich culture of tattooing. Vintage American tattoos have a very strong influence from traditional tattoos. Bold lines and vivid colors are used in this tattoo style.

This traditional style is often confused with neo-trad. Whilst both employ bold lines and vivid colors, they have very unique elements that separate them from each other. New school tattoos use bolder lines and vivid color palettes with infinite styles and subjects. They employ similar styles of cartoon drawings and graffiti art which are elaborate and sometimes exaggerated. Tattoo artists put an incredible amount of detail on a new school tattoo to create the 3D effect and to animate the design.

A swallow traditional tattoo is a badge of honor for most sailors. Swallow symbolizes return. And for fallen sailors, swallows are believed to carry their souls to heaven. Sailor Jerry’s flash has become an icon in the traditional tattoo style. The swallow with a red breast and yellow feathers with bold black lines carrying a leafy twig is Sailor Jerry’s iconic rendition of this subject. Other popular renderings of this tattoo include swallow on flight, twin swallows and swallow with ribbon.

Snake traditional tattoo has many interpretations making this a versatile tattoo design. A snake swallowing its tail tattoo design represents the cycle of life and death. Snake with a dagger symbolizes a constant battle. Some battles fought internally and some battles won. Another popular combination is the skull and the snake. This tattoo design symbolizes death and rebirth, the cycle of life and death. The snake tattoo makes a good traditional piece. The bold lines outline the colorful scales of a snake combined with their piercing eyes.

An owl is commonly associated with wisdom and mystery. It is believed that owls are guides of the human spirit. This animal is a popular subject in the traditional tattoo style. Bold lines are used to define the colorful feathers of the animal’s wings. An owl sitting on a book symbolizes wisdom and intelligence. While an owl with a hat symbolizes fun and mischief. Traditional owl tattoos are often seen on the calves and biceps. The chest and the back are the perfect placement for an owl with an outstretched wings tattoo.

Strength, speed and power are the most common interpretation and meanings of a tiger tattoo. It is a masculine tattoo that shows independence and fearlessness. A tiger is an important creature in Asian culture and tradition. It represents protection from evil, disease and bad luck. Tiger tattoos are a big part of the Japanese culture and this Japanese art has been translated into different tattoo styles. It has been interpreted in the American traditional tattoo with bold colors for its fur. Tattoo design includes tigers in motion and open mouth tigers.

Although not as popular anymore, this subject was a favorite amongst sailors and men of the seas. A ship tattoo symbolizes journey and adventure. The adventurous and free spirit of every sailor is depicted in this traditional tattoo. It is commonly paired with a compass to symbolize voyage. For fun and a feeling of adventure, some tattoo artists include Kraken, a giant sea creature, in the design. Some elaborate design of this subject includes a background of the horizon – the sea and the sky.

A star or more commonly the nautical star has many different meanings. A nautical star is a guide for all the sailors during navigation. It also symbolizes a deep sense of patriotism for the navy. For other cultures and religions, a star symbolizes the guiding light. These meanings and interpretations make the star a favorite tattoo design subject. Traditional tattoo design has a bold outline and is often combined with other elements like celestial bodies, lighthouse and faces of females.

The many different styles of traditional tattoo make it a popular choice for tattoo enthusiasts. But neo-traditional tattoos are getting most of the attention. Because of its modern take on the iconic style, neo-trad tattoos can reach to younger generations as well. The bold lines and vivid color palette and its compatibility with many different subjects appeal to the old and the not-so-old. Neo-traditional artists can combine many different modern and realistic imagery on a tattoo to create an elaborate and impressive piece. But whatever your choice of tattoo is, it should be a reflection of your beliefs and personality. It should represent your uniqueness and your characteristics.

What are traditional style tattoos?

Traditional tattoos are a style of tattooing using bold lines and vivid colors. They often represent patriotism and loyalty. This is a style popularized by Sailor Jerry during WWII.

What are the rules for traditional American tattoos?

What is a flash piece tattoo?

What are traditional tattoo colors?

What is a traditional Japanese tattoo?

Japanese traditional tattoos are tattoos with bright colors, clean lines and rich details. They are often big and are inked on the chest and the back. They depict subjects like the samurai, koi fish, geisha and the Great Wave.

What are traditional tattoos called?

What is a Sailor Jerry tattoo?

Sailor Jerry popularized the traditional American tattoo. He was influenced by the Japanese tattoo and started tattooing during WWII. Sailor Jerry has immortalized different flash including the swallows with leafy twigs.

Who is the best American traditional tattoo artist?

Sailor Jerry, Don Ed Hardy and Mildred Hull are a few of the best tattoo artists that popularized traditional tattoos. Nowadays, a new generation of tattoo artists like Katie Gray, Valerie Vargas and Stewart Robson are continuing the legacy.

Alternative answer if this will be an Australian based list:

What does a crying heart tattoo mean?

A crying heart tattoo means a broken heart and a love that has ended. Although nowadays, it doesn’t hold the same deep meaning anymore. Sometimes, it is chosen because of its bold color and interesting design.

What does a compass tattoo mean? 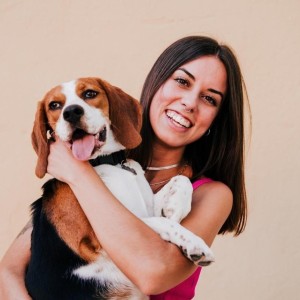 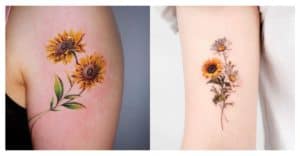 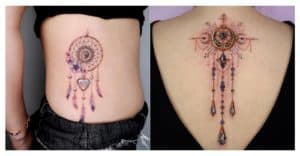 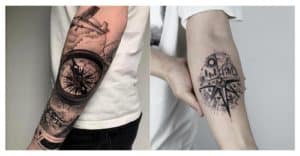